Design for a special edition, King Kong by Milan Kleč, accompanying the pioneering exhibition in Slovenia I was Disappointed by Lara Croft (7 Apr–7 June 2009) and its catalogue of images from the world of computer games. The book was selected for Oblikobranje – Reader-friendly Design (6 Jan–2 Feb 2010) held for the members of the Designers' Society of Slovenia, one of the central events of Ljubljana's time as UNESCO World Book Capital 2010.

The book required a minimalist yet dynamic approach to the design in order to juxtapose two worlds: the abstract world of virtual reality and the inner world of an addicted computer gamer. It was decided that photography should be specially commissioned. The images were used between chapters in order to break the flow of the text. A typographic element – an enormous King Kong letter – was also introduced at the beginning of each chapter, a playful reference not only to the title of the book but also to the game played in the book and the keys on a keyboard.

See more on my blog.

… I encountered Andreja Brulc's work in relation to the publishing house, Beletrina Academic Press.… [When I] got the email with a PDF containing the book cover for Snežne krogle [published by Beletrina Academic Press] … I shouted out with great joy because I was really excited.… I immediately suggested Andreja Brulc as a designer [at the International Centre for Graphic Arts]. It was agreed.… I was pleasantly surprised at her suggestion during our discussions that the book should contain photographs as if we are already at play, … at least what the flat looks like in which the life of a gamer evolves, and at how selflessly she adopted photos … and … equally incorporated them into the book.…
– Milan Kleč, Author of King Kong (Slovenia), Recommendation Letter, 24 Aug 2009

As an international exhibition space for contemporary art, we want to encourage and provide opportunities for the development of new, innovative, critical and creative potential in the field of visual communication. Offering this opportunity to Andreja ... was confirmed as the right decision, not only because of her close cooperation with us throughout the project but also in the final outcome … Her design concept shows a visual story as a whole, which connects the cover to the interior in a most individual way, yet at the same time through a highly modern language of expression. The interior layout is stylistically compatible with the cover, through the image and the text, the use of typography and the treatment of photography. The cover, drawn upon humorous and travelogue lines from cut-outs of photographs, tells the story of the author, playing computer games in an intimate ambience.
– Liljana Stepančič, Director of International Centre for Graphic Arts, Recommendation Letter, 24 Aug 2009 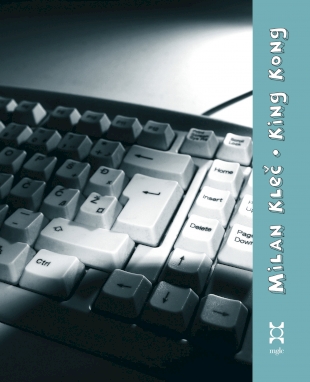 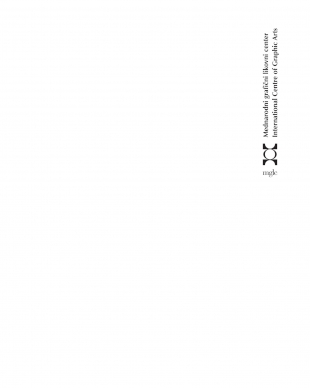 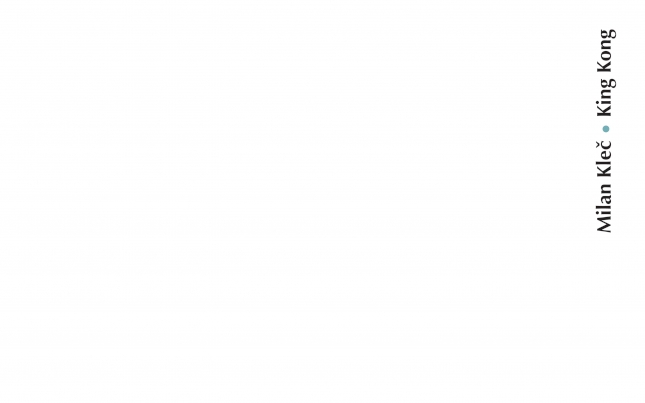 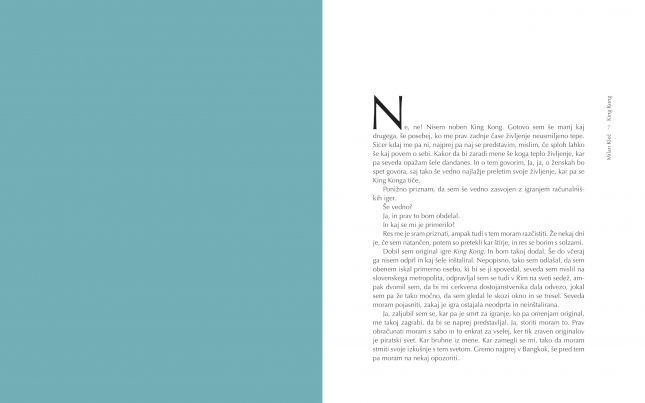 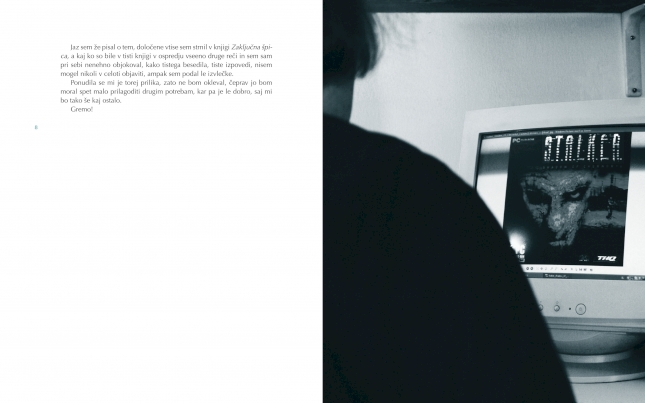 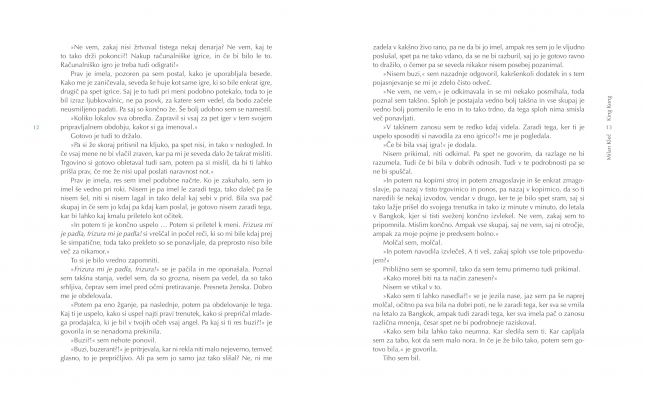 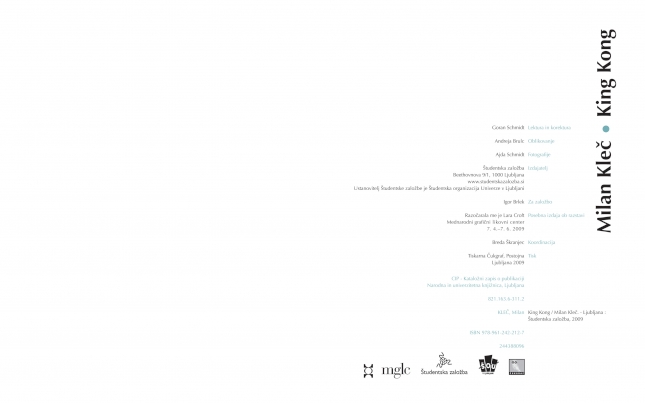